Everything You Need to Know About Turkish Coffee 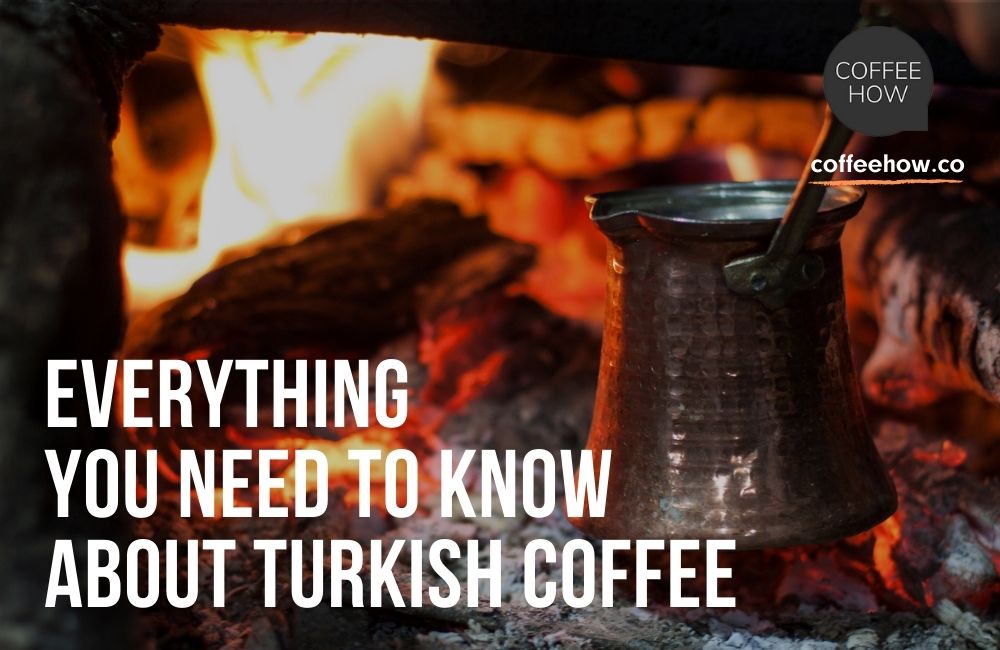 Turkish coffee is known widely as one of the best coffees in the world, as it is derived from arabica and composed of an excellent grind. It is also a very important part of Turkish culture. They associate coffee with conversations made with friends, as a morning pleasure, and with breaks during the day.

By reading this article, you can get to know more about the wonders of Turkish coffee and learn many facts about these fantastic beans. In addition, you will find information about the history of coffee, its cultural significance, famous coffeehouses, and more. So keep reading and learn about this famous tradition!

There are a couple of legends about how coffee was brought to Turkey and who opened the first coffee shop; here is one of them. In 1554 two Syrian men, Hakam and Shams, moved to Turkey with coffee beans and decided to open the first coffee shop, “Kaveh Kanes,” in Tahtakale, the commercial district of Istanbul. The popularity of coffeehouses spread rapidly through the Ottoman Empire, and they became the center of social life for many people.

Coffee shops were places where locals could spend free time chatting about politics and the latest news. They could also play chess and backgammon, which you can request in any modern coffee shop in Turkey now.

In fact, in the 17th century, the Ottoman Grand Vizier Köprülü demanded coffee shops to be shut down. The reason for that was the rumor that locals were discussing politics and plotting how to overthrow the Sultan. If people did not obey, they would receive a harsh punishment that included beating and even drowning. The reaction of locals was very negative, and they started rioting, and the coffee shops had to be reopened again. Instead, the Sultan decided to punish the coffee shops with extra taxation.

To prepare an authentic Turkish coffee, you need to have fresh ingredients and fincan (Turkish coffee cup), or you can order regular cups from https://hotshotsleeves.com/offers/ for home.

Back then, coffee brewing starred in the 15th century when people learned how to brew coffee with a special pot, which became very popular in Turkey. As people started enjoying coffee, they also started adding ingredients such as cinnamon, cardamom, and cloves to make their drink more enjoyable. They even added eggs to have a richer taste to their drink.

In addition, Turkish coffee beans were not widely available at that time, so while brewing, people used the beans of the local variety of green coffee trees. Nowadays, however, the coffee tree is named after the country itself. In fact, some historians believe that the plant originated in Ethiopia, but it was only brought to Turkey by traders.

As years went by, people started adding sugar and spices to their drink, which is why it is considered to be one of the sweetest varieties of coffee in the world. Also, coffee grounds were used as a remedy for headaches and nausea. Gradually, the popularity of coffee also spread to Europe, where people also started taking it for its health benefits.

How Is Turkish Coffee Made?

The preparation of this unique beverage is quite simple. The first thing you need to do is to grind coffee beans. However, there are different ways of doing this, depending on whether you wish to get a coarse or fine grind. It is recommended that you use a hand grinder for a coarse grind and an electric one for fine grind.

Then, you should take the ground coffee and pour it into a cezve (a small pot); adding sugar is optional. This will be followed by pouring water into the cezve over the coffee beans and bringing them to a boil until you see the first bubbles. Next, pour the top layer of bubbles into a coffee cup. Continue boiling it until ready. After doing this, you should leave it to stand for about a minute before taking it off the heat and pouring it into a small cup slowly and carefully. Meanwhile, you can serve your coffee with a Turkish delight.

Apart from the Turkish delight, you can add some chocolate or candy; however, there is a reason why lokum was the preferred choice. Back then, Turkish coffee was brewed without any sugar, which was strong and sometimes bitter. When sugar was brought to Turkey, so did later appear lokum. Turkish delights were served with the coffee to sweeten it up a bit.

So that’s it! Making Turkish coffee is not complicated – just follow these simple steps, and you will get a decent cup of this delicious beverage!

How Should You Store Turkish Coffee?

Buying Turkish coffee, you want it to stay fresh for as long as possible. There are three things that can reduce coffee’s freshness: humidity, light, and temperature. If it is too hot, the oils in the beans start to oxidize, making your coffee taste bitter. Thus, it is best to store your coffee in a place that is protected from direct light. However, you shouldn’t keep your coffee in the fridge. The moisture in the refrigerator can damage coffee beans, too. Look for a cool, dark, and dry place in your kitchen.

Turkish coffee doesn’t really expire, but it can change in taste if not stored properly. That is why it is recommended to buy the amount of coffee you can finish in a short period of time.

Why Is Turkish Coffee So Special?

What makes this beverage so special? The answer lies in its history and in its strong taste. First of all, while it was created as late as the 15th century, the Turks did a great job perfecting it over time. To be more precise, they developed special pots and methods that enabled them to brew high-quality coffee with excellent results.

Nowadays, Turkish coffee remains very popular because of its authentic taste. For example, it is very thick and strong (it can even be compared with espresso) and has a rich flavor of caramel due to roasting. However, this beverage is not just tasty – it also has many health benefits and can treat many common illnesses like colds or headaches. So if you want to enjoy some time with friends or have a nice break during your day, try some Turkish coffee! Combined with lokum, the Turkish delight, it boosts your energy for the whole day.

If you go to old coffee shops in Turkey, you may notice various ways of brewing coffee in the pot. The most common one is on the stove over the fire; however, have you seen it being prepared on the sand? The sand is placed in the container over the fire that keeps the sand at the same high temperature. Coffee pots are placed inside the sand until ready.

If you are planning on visiting Turkey and you want to have some authentic Turkish coffee served by locals, there are several places that you should visit. Here are some of them!

The first place we recommend visiting is Kuru Kahveci Mehmed Efendi. It has been selling coffee since 1871. After the death of the owner, Mehmed Efendi, the business was passed to the son named Ahmed Rıza Kurukahveci. He finished his education abroad, and he had a new perspective on how to improve his family business. Until now, it is still a family business run by the grandchildren of Ahmed Rıza for 150 years. Their coffee is one of the oldest and premium ones in Turkey, and it is distributed to Europe, America, Asia, and Australia.

Kahve Dünyası is another famous place where you can visit if you want to try real Turkish coffee and even chocolate. It was established in 2004 as part of the Altınmarka and Detay Kahve group of companies. Altınmarka is one of the best chocolate producers in the world. Detay Kahve has been producing high-quality coffee since 1992. With time passing by, this place became more popular, and now it is loved by many people from Turkey and abroad.

Another premium coffee shop is Selamlique which is located in Istanbul, Dubai, Beirut, and many other major cities. It was first opened in 2009 in Istanbul. The owners want to show the tradition and uniqueness of drinking Turkish coffee to their customers.

Turkish coffee is a very popular beverage in Turkey, and it is enjoyed daily by many people. It is a big part of Turkis culture and became very popular everywhere in the world. It is also believed that the beverage has many health benefits, so many people drink it as a prevention measure against illnesses. If you want to enjoy a cup of this cultural drink, you should go to one of the Turkish coffee houses we have listed in this article. There you can get your favorite coffee drink with a sweet lokum and have some authentic conversations with the locals!