What is Cortado Coffee? 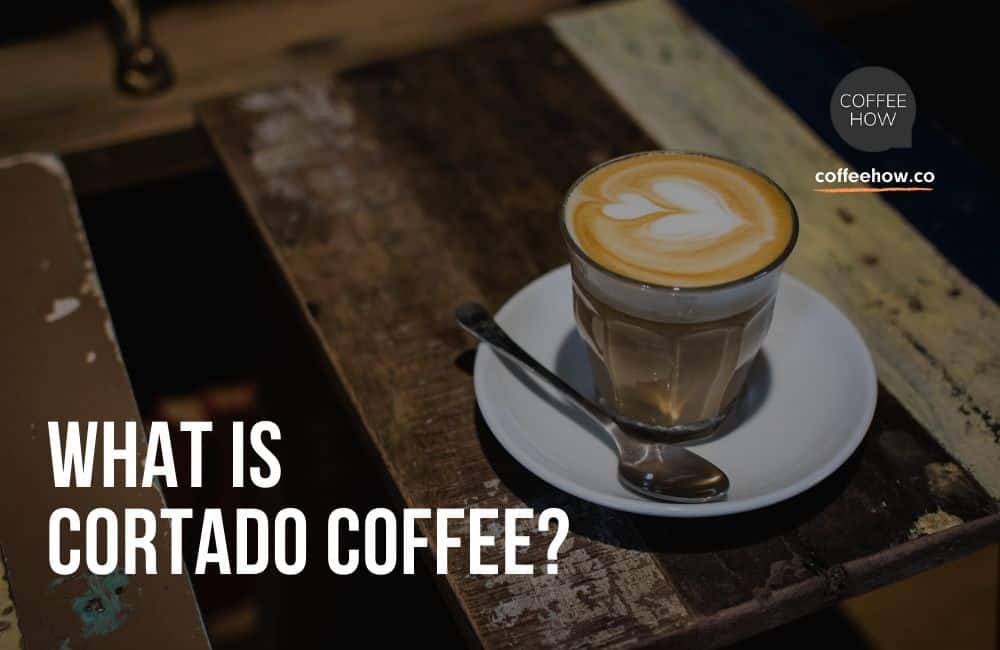 Coffee connoisseurs have a variety of caffeinated coffee drinks to choose from. Nowadays, the menu at your local bean bazaar is packed full of delicious options– each providing its own flavor profile, temperature variation, and mouthfeel.

Baristas are happy to help their customers select a delicious coffee drink that delights and satisfies, but it’s hard to help a customer make their choice when there are menu items that require an in-depth explanation. That said, it’s important for customers to not avoid a drink they don’t know much about – after all, it’s an opportunity to learn something new, and have a new favorite treat to add to the coffee rotation.

Coffee drinks have fascinating histories and meanings, and trends can make a beverage’s popularity wax or wane with the times. Learning the history behind these drinks is key to enjoying what each cuppa brings to the table.

So let’s talk about one specific type of drink.

This beverage is called a cortado. Broadly speaking, cortado coffee contains espresso and dairy. But the proportions, preparation, cultural variations, and serving specifications are so different that there’s a lot to say about this delicious and fascinating drink.

Cortado is a coffee drink that originated in Spain. The name of this delectable offering comes from the Spanish verb “cortar” meaning “to cut”. Essentially, the dairy in this drink cuts the acidity of the strong espresso flavor, but doesn’t waste time with overly frilly dairy decorations or massive venti sized to-go cups.

Historically, this drink has been produced in Cuba, Portugal, and Spain, but came to San Francisco with a new name: the gibraltar coffee – so-called because of the tumbler used to serve the beverage. This was an underground drink not served on the menu, whose appeal grew due to its exclusivity.

But the cortado has hit the mainstream now and is served at Starbucks as two ristretto shots with milk.

What is Cortado Coffee?

The key to understanding the cortado drink is the simplicity of the flavors, rather than the elaborate presentation or extreme caffeine delivery.

If you’re wondering how to make a cortado drink, you’re going to want two ingredients: espresso and milk.

The common ratio between the two is 1:1. Milk is primarily used to cut the bitterness of the espresso, rather than to provide a steamed design. The milk may be lightly foamed, but the espresso sits center stage in this delicious and simple drink.

The cortado is then served in a metal or glass cup. This drink is about four ounces total, and this does not typically vary in the way that other Italian coffee drinks do. For the cortado, one size fits all.

How to Make a Cortado

To make a cortado, you will need an espresso machine with a milk frother. You will want two ounces of espresso and two ounces of lightly foamed milk. It is possible to use a non-dairy milk substitute, but this could impact the mouthfeel of the beverage, preventing it from having the perfect just-cut flavor the cortado is known for.

The drink should be served in either a metal or glass cup, without any foam art on the top. The beverage does not vary significantly in size, and typically is consumed right away in the coffee shop. This is a drink to savor and to pause over, rather than to rush away and consume on the go.

Now that we’ve discussed the cortado, let’s get familiar with some other espresso and milk-based coffee drinks that are similar, but may not be the same.

With a cappuccino, you’re looking at a double shot of espresso at the bottom, followed by a portion of hot milk in the middle, with a top made from foamed milk on the top. Cappuccinos are also a perfect medium for artistic baristas to shine, creating designs such as a heart, a leaf, or even a complex portrait using foamed milk.

Cappuccinos are also served in varying sizes, while the cortado is a strictly small portioned beverage.

Between the cortado vs cappuccino, customers may prefer more foam in their drink, or they may wish to have an equal portion of espresso to milk. These differences will most likely determine what sort of drink your patron prefers.

Regarding cortado vs latte, your tastes may actually overlap quite a bit, since both the latte and the cortado mix milk in with the espresso. However, with a latte, the milk is steamed, and comes with a high foam quotient, whereas the cortado has only a light steam composition.

A latte may be ordered at multiple sizes, whereas a cortado is more likely to be a small portion of espresso and milk, served ready to drink.

The Gibraltar Coffee is a variation on the cortado, coming from San Francisco. This drink is made of the same portion of espresso and lightly steamed hot milk but is served in a Gibraltar style tumbler. Patrons enjoyed the exclusive allure of this behind-the-counter beverage, but may not have known that it was the same cortado coffee drink enjoyed in Spain and other countries but brought to the west coast.

What is Gibraltar coffee? The same thing as a cortado drink– only served in a particular glass!

Cortado vs Gibraltar? Why not both!?

What coffee is right for Cortado

When making a cortado you’ll want to consider what sort of espresso to use.

For example, the Starbucks cortado using ristretto espresso, rather than lungo. The difference between these two is the bean to water ratio used in the espresso. Ristretto is a stronger espresso. This makes sense for a cortado since the purpose of the milk is to cut through the acidity of the espresso.

You’re going to want to select beans that provide chocolate or nutty notes, rather than fruity flavors. Consider going with a robust bean, rather than a more mild selection. Sometimes trial and error is used here, as it’s important to get comfortable with what sorts of variables will alter your creation.

Cortado is Here to Stay

Whether you’re in the mood for a flavorful pick-me-up, a mid-morning sipper, or an after-dinner delight, the cortado will brighten your senses and connect you with another entry into the world of coffee. The simplicity of this drink is its great strength, as it does not rely on fancy flourishes but lets the beans and the milk speak for themselves.

Give the cortado a try next time you’re in the mood for something different. Just remember to take time to enjoy this tasty treat, as it’s designed to provide a moment of peace in the busy day.

Cortados have a rich history, and they are worth checking out. Give yourself the space to try one, and let simplicity speak for itself. Next time your friends will be asking you “What is a cortado coffee?”, and this time, you’ll be the one to let them in on this well-kept secret!