Cappuccino vs Latte vs Flat White vs Macchiato. Guide to Most Popular Coffee Drinks!

If you’re like me, you’ve found yourself staring down the list of impressively (and intimidatingly) named espresso drinks at your local coffee shop and felt totally confused by the end of it.

— How do you know the difference between cappuccino and latte drinks?
— Can a macchiato be made with flavored syrup?

The buzz of coffee beans grinding away, the gurgle of shots brewing at the espresso machine and the screech of a steam wand as it heats up a pitcher of milk aren’t likely to instill you with much confidence that you can figure this one out yourself, either.

Don’t worry. You’re definitely not alone, but you don’t have to be confused any longer. The secret behind those fancy names is much simpler than you think. 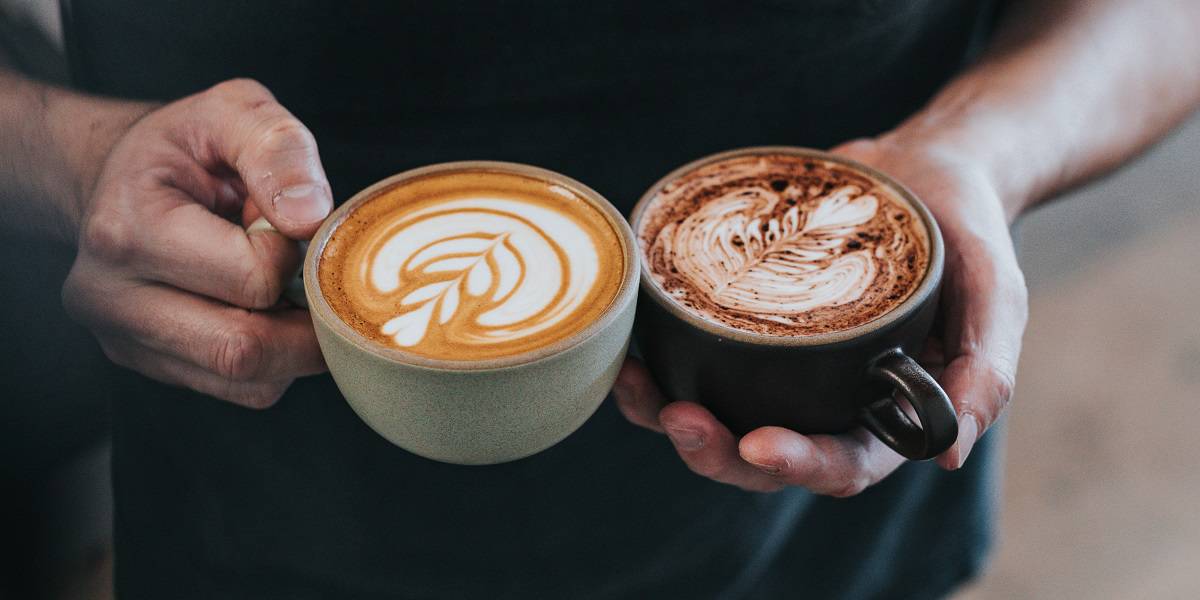 The humble beginnings of the standard-bearer of espresso drinks worldwide are as charming as they are unique. The ruddy brown of an espresso shot, when mixed with milk and topped with foam, resembles the deep, earthy dye for the robes of Capuchin monks and the voluminous, pointed hoods they sport. This hood had its own name, cappucio, and thus, a member of the order would be called a cappuccino.

So what makes the perfect cappuccino?

It’s all down to the balance of espresso, steamed milk and the stiff, dry foam only a skilled barista can achieve. These days, you may find the exact measure of these ratios can differ depending on where you go, but almost every barista will agree that it’s roughly a measure of thirds. One third espresso, one third steamed milk and one third foam. 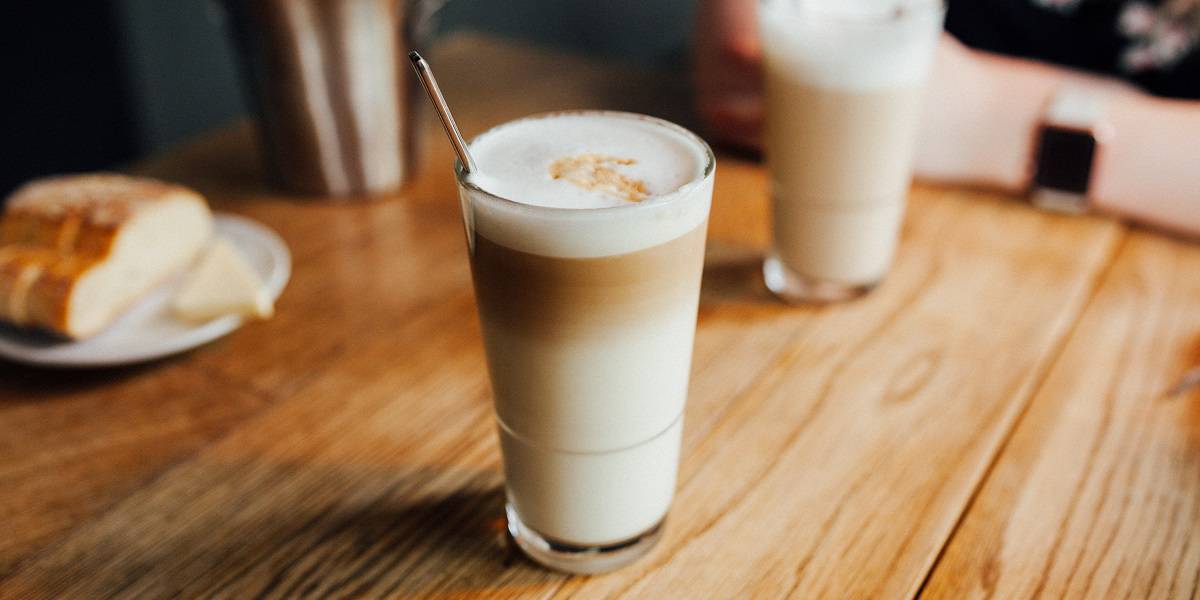 Next Up, Learn About the Latte

Our familiar friend, the latte, earns its Italian name not because it hails from the same origins of its cousin, the cappuccino, but because it was coined in the 1950s by an Italian restaurateur in Berkeley, California. Owner Leno Menoirin’s response to American customers complaining of the strong espresso flavor of the cappuccino was to add more milk.

This simple alteration birthed an entirely new trend that has since spawned countless variations throughout the years. There’s very little in the way of hard historical facts when it comes to measuring the ratios of espresso, milk and foam for a latte, but many agree that the stiff, dry foamy dollop on top should be no more than a quarter-inch in depth. Another fan favorite takes the latte formula, adds chocolate, replaces the foam with whipped cream and calls itself a cafe mocha. 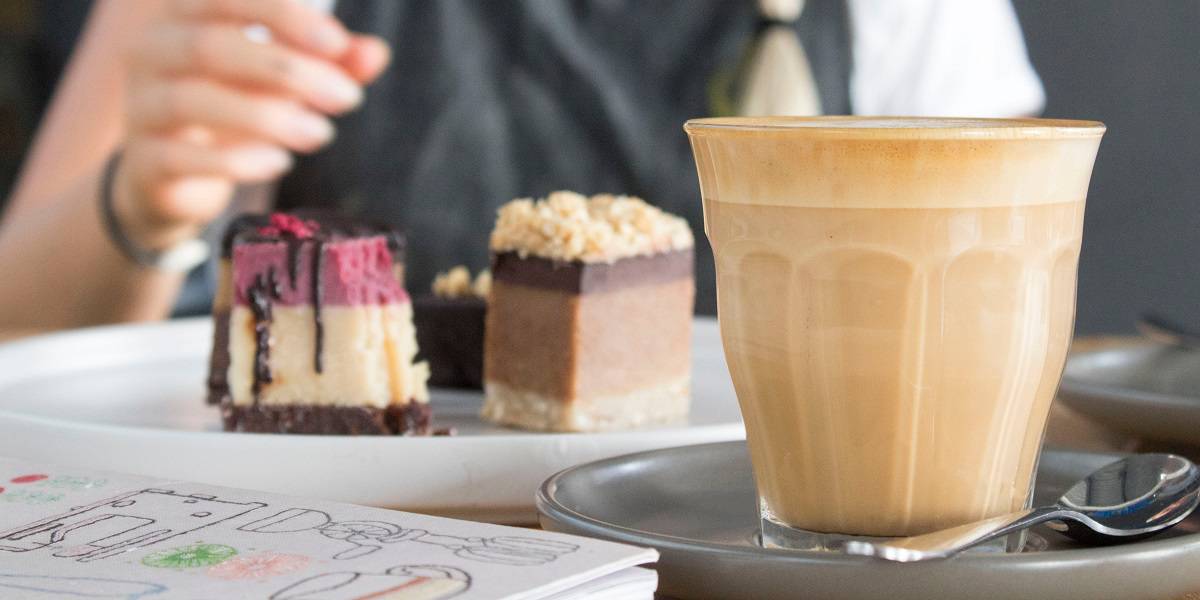 The flat white espresso drink is often called the Australian latte due to its down-under origins. At some point in the 1980s, enterprising baristas eschewed the dry foam topping of a traditional latte for something now called microfoam. The art of steaming milk to produce a just-right foam is a delicate process. For the flat white enthusiasts, it’s an alchemical feat of perfection.

Being a relatively new kid on the block, there are still debates raging about how this drink should be proportioned and served.

— Is it really just a wet-foam cappuccino?
— A smoother, smaller latte?

Some would argue that the latte art trend, which demands more harmony between the espresso, steamed milk and froth is really just a dressy way of serving a flat white. Ultimately, it’s the lack of that dry foamy topping in favor of a creamy marriage between steamed milk and espresso that defines a flat white. 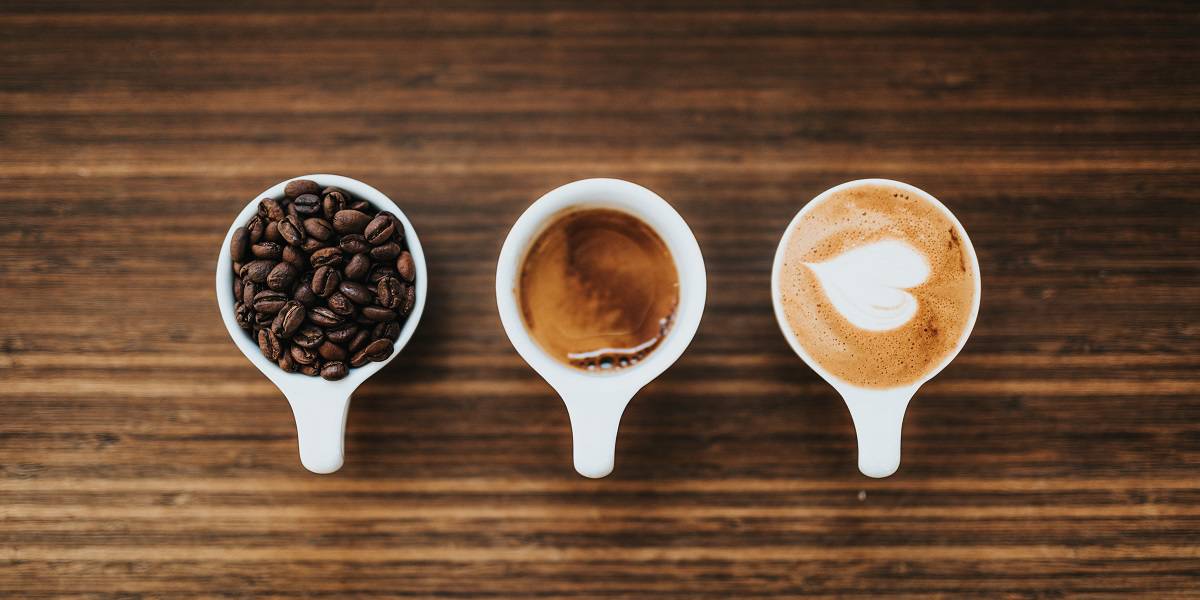 The origins of the macchiato are not as easy to trace as the cappuccino, latte or flat white. It’s possible that this espresso drink just found itself naturally evolving alongside straight shots of espresso and the classic cappuccino as coffee culture grew. Historically, a shot of espresso was viewed as a digestive aid, something to be taken in the afternoon like a medicine. Given the intense, acrid flavor of espresso on its own, it makes sense that some enthusiasts would try a spoonful of milk froth to help that particularly strong bit of medicine go down.

And that’s all there is to a macchiato — espresso with a spot of milk foam to top it off. Depending on the shop, the froth may be rather wet so that it sinks into the espresso more like steamed milk. Others may stick strictly to the dry, airy stuff a cappuccino requires. It’s also common for a macchiato to be a two-shot serving of espresso rather than the single shot of a standard cappuccino, thus making it not only stronger in flavor than a cappuccino but also a bigger hit of caffeine.

How to Choose the Right Drink

Once you understand how espresso, milk and foam all play together to create different drinks, it becomes much easier to figure out which one you might like best. But, your choice might be influenced by a few other factors that depend on where you’re buying your coffee drink and how well you can tell what’s going on over there on the other side of the counter.

The most basic question you need to ask yourself is how strong of an espresso flavor are you interested in? If the answer is very strong, then you’re likely to enjoy a cappuccino or a macchiato more than a latte or a flat white. If you double down on that and want it very, very strong — you should get a macchiato.

More Thoughts on Cappuccino vs Macchiato

When you compare the two, not only is the macchiato made with twice the amount of espresso as a classic cappuccino, it also has far less milk. In fact, some baristas who consider themselves purists may only put a dot of foam in the center of the macchiato so that it lives up to its Italian name, translated as “marked coffee”.

If you’re looking for a milder coffee taste or prefer to add a splash of sweetened flavoring to your cup, you’ll want a flat white or latte. While technically you can add flavoring to any espresso drink if you want, it’s more common for lattes than it is for anything else. Although a flat white and a latte are prepared in a very similar fashion compared to other espresso drinks, the flat white favors a bolder espresso taste by using a less steamed milk and foam than a latte does for the same amount of shots.

Ordering What You Really Want

Having said all of that, these rules might be thrown right out the window if you encounter a shop that puts their own spin on the conventional definitions developed by the coffee industry at large. An innovative spirit coupled with a rebellious sense of independence powers a lot of coffee shops. This can lead to technical inconsistencies in how the ratios of each drink are defined.

Your best bet is to ask the barista how your favorite type of espresso drink is made in their shop so you can determine if it’s going to be a good fit for you that day. You can also tell them what you like best about drinking coffee and they can help guide you through their menu and their drink-making process. They’ll give you their best take on what the differences are between the macchiato vs latte, latte vs cappuccino distinctions. Trust me, a good barista isn’t afraid to tell you all about how they approach brewing up a fresh cuppa.

Which Espresso Drink is More Popular?

The answer to this tricky question depends not on where you ask it, but when. The first wave of modern coffee shop culture would tell you the cappuccino reigns supreme due to the homage it pays to the historical backdrop of espresso-based drinks. At this time, espresso was as much a new way of enjoying coffee as it was a way for Italian restaurateurs to showcase the scope of their skills.

But, ask this same question sometime during the second wave that peppered the 90s foodie landscape with a cozy coffee shop on every corner and you’ll find the latte was everybody’s go-to drink. With more milk than espresso, it was a milder starting point than the cappuccino for layering flavors and creating a whole host of coffee that drank like a dessert.

Now, well into the third wave of the coffee revolution, the flat white might now mark you out from the crowd as a knowledgeable enthusiast with a well-honed palate. Since it sits comfortably somewhere in between the stark layers of a cappuccino and the milky ratios of a latte, you get the best of both worlds when it comes to enjoying a bold flavor with a mellow finish.

Although the relatively recent craze of creating “latte art” — where skilled baristas pour steamed milk into espresso with a sharp eye and steady hand for detail so that the frothy swirls settle into whimsical designs — suggests you can only get it if you order a latte, it’s a trick that works for any espresso drink made with steamed milk. The poured design method relies on a rather wet foam, but some coffee shops use stencils and a sprinkle of cinnamon to emboss intricate caricatures on top of drinks with a stiffer foam, like cappuccinos.

What the coffee elitists know and won’t tell you is that it’s perfectly fine if you like your espresso drinks a little outside of the conventional Italian-style offerings. Coffee is as much of an art as it is a science, and what’s more important than checking off a list of time-honored traditions is being able to sit down and every delicious sip.

Don’t let the finer points of coffee snobbery intimidate you — like which drink reigns supreme in the debate between cappuccino vs latte lovers or what the exact difference between a cappuccino and latte milk froth really is — it’s all just a matter of how much milk and foam you want with your espresso, anyway.